Throughout the country, arts institutions are transforming themselves to more proactively engage and benefit their communities in innovative and contemporary ways. The John S. and James L. Knight Foundation, which seeks to support the arts as a way to connect people to the places where they live and to each other, has provided significant support to major arts institutions in the cities where it operates. The foundation has focused specifically on efforts that seek to leverage and accelerate the momentum among arts institutions and the communities to evolve, change and adapt.

This study was commissioned to explore the evolution of eight institutions to which Knight Foundation has provided substantial support over the past decade: Akron Art Museum, Ohio; Barnes Foundation, Philadelphia; Detroit Institute of Arts; Detroit Symphony Orchestra; New World Symphony, Miami; Opera Philadelphia; Pérez Art Museum Miami; and Philadelphia Museum of Art. The study focuses in particular on institutions that received grants with diverse aims, from technology innovation, to community engagement and education, to strengthened curation and program offerings. All of these grants were made in the context of substantial support from individuals, other philanthropic institutions and public investment.

While the study was conducted prior to the COVID-19 pandemic and the ongoing, nationwide protests against police violence and systemic racism reignited by the brutal and unjustified police killing of George Floyd, its implications are highly relevant to the current context, in which arts institutions and those who support them need to change in the face of a radically new operating environment.

TDC, a Boston-based nonprofit research and consulting firm, was engaged to complete the study. 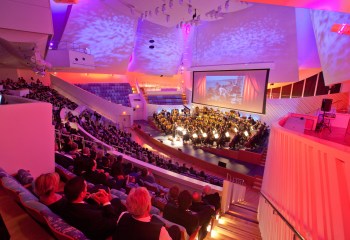 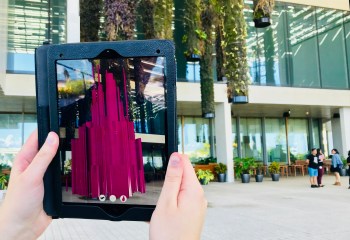 Institutions have increased their relevance to their communities.

Institutions benefited from internal change. Most institutions made significant internal transformations that were key to major strategic shifts. These included creating an internal culture more open to change and collaboration, improved skills in community partnership development and patron-oriented planning. These internal changes resulted in improved reputation for inclusivity, elevated identity as civic leader or community landmark, increased visitation and membership, and local, national and international critical acclaim. External support, including Knight’s grants, were cited as important in these transformations.

Leveraging momentum is complex but powerful. Taking Knight’s grants as a case study for others, the results suggest that the most impactful investments are those in which support aligns with key dimensions of the grantee’s strategy, are scaled for impact, and awarded to grantees that are ready for change. In general, funders should take into account a complex set of considerations as they support change, including aligning grant intent to the grantee’s strategy and phase of change, gauging internal support and external context, and scaling grants to the level of risk and budget size.

The ability to change will be important for these and all arts institutions as the world emerges into a post- COVID-19 reality. Like all industries reliant on large gatherings, the arts are particularly hard hit by the COVID-19 crisis. Survival—like change—will also be a process, encompassing response, recovery and reimagining. Only those institutions with the philanthropic support to get through recovery and the creativity to reimagine themselves will thrive.